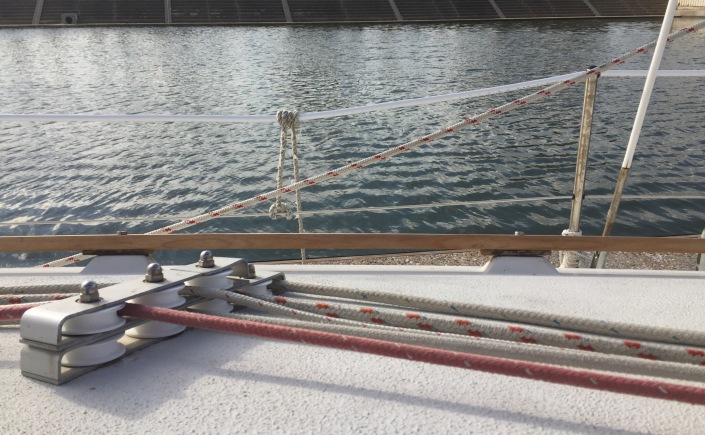 The short report – progress is slow.

The long report: what do you expect? It takes three hours 15 minutes each way for the drive and it is still too hot to sleep on the boat.

I decided against sandwiching the new rail between the old halves – as you knew, it was a daft idea anyway.

So I cut “shims” out of the bottom halves of the rails, from where the rails had mounted to the coachroof. 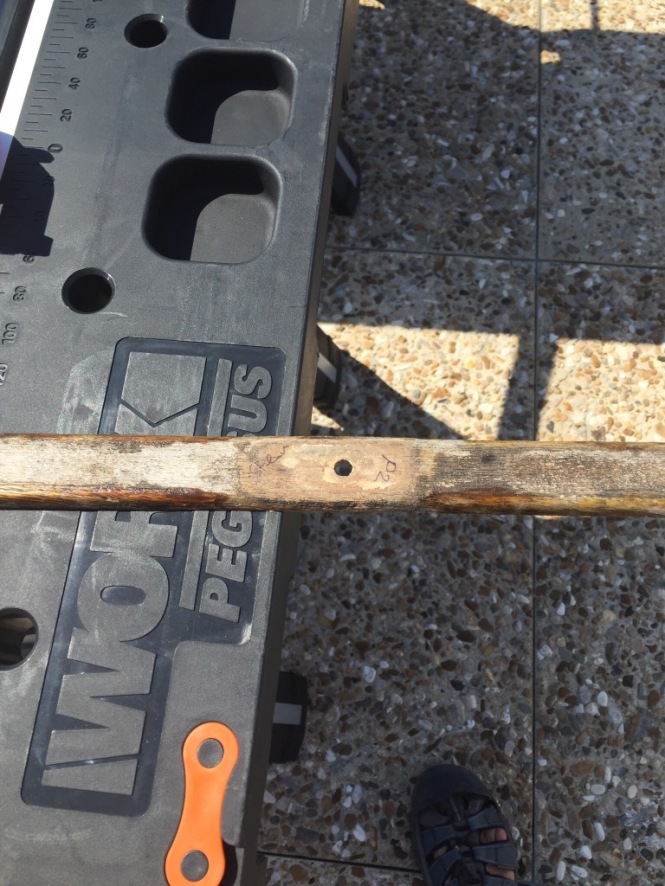 There are 7 mounting points on each side, and as one end of the port rail was sacrificed to create a cutting knife for the new rails, I had 13: 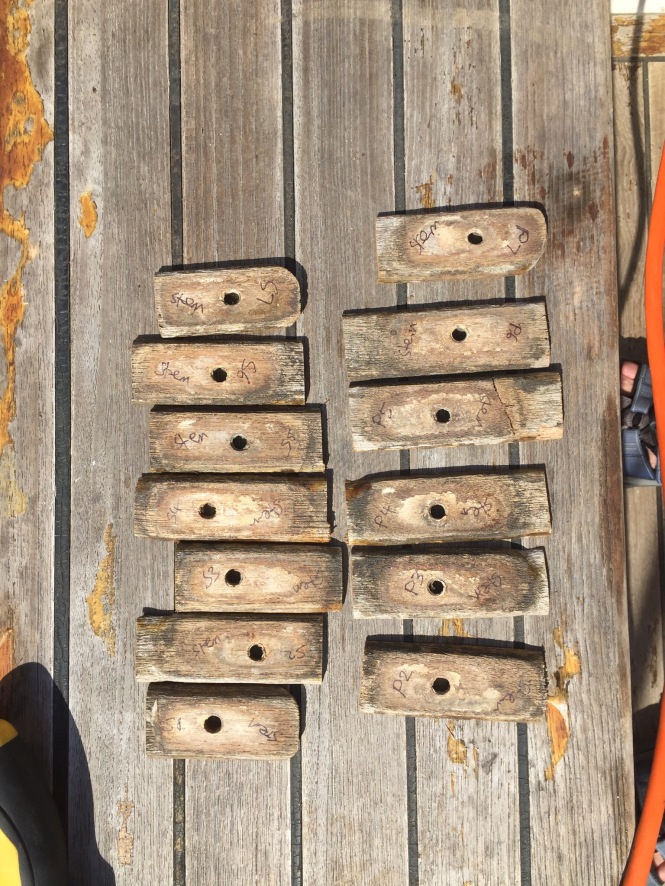 I used the coachbolts to line up the holes, then glued and clamped the shims in place: 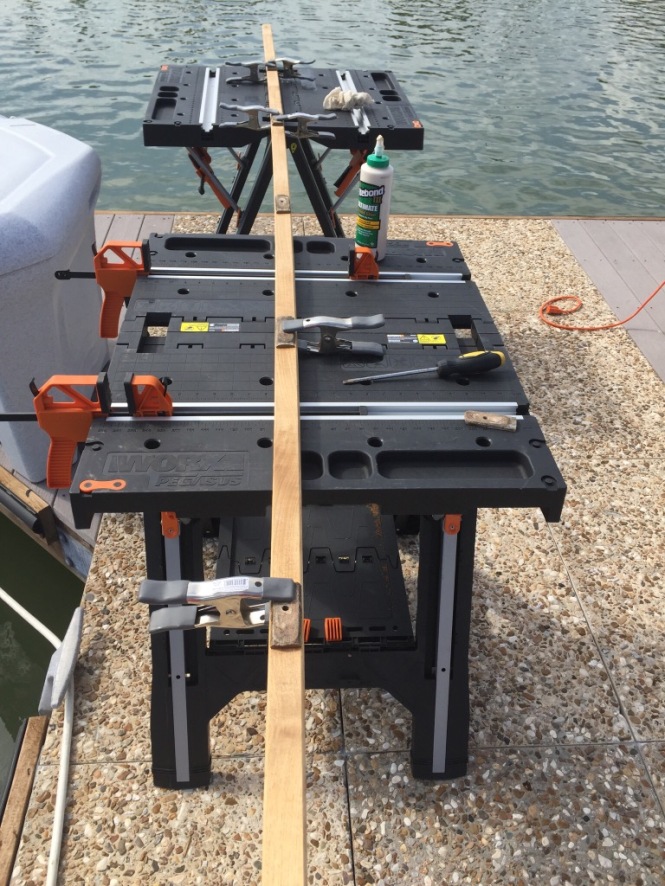 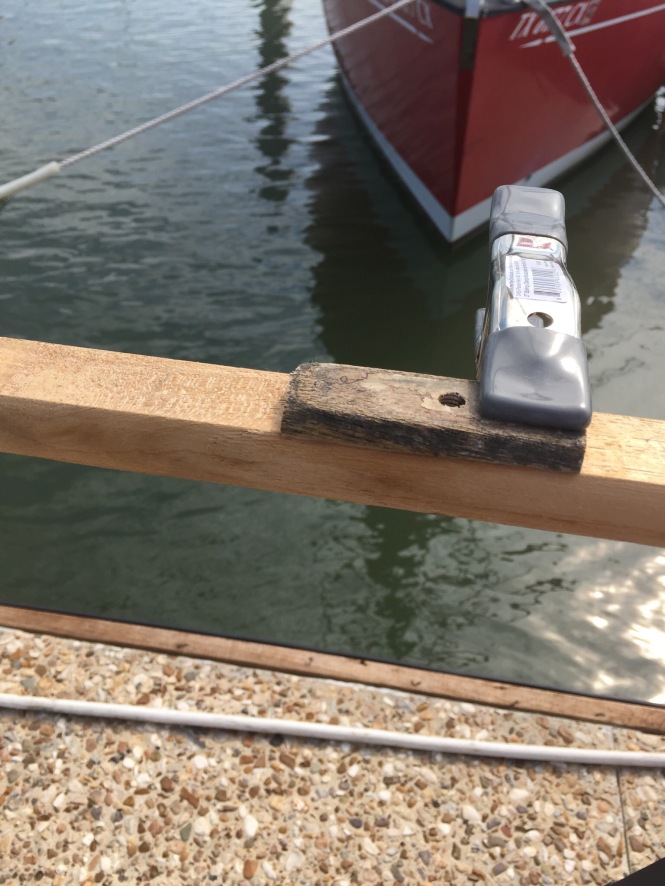 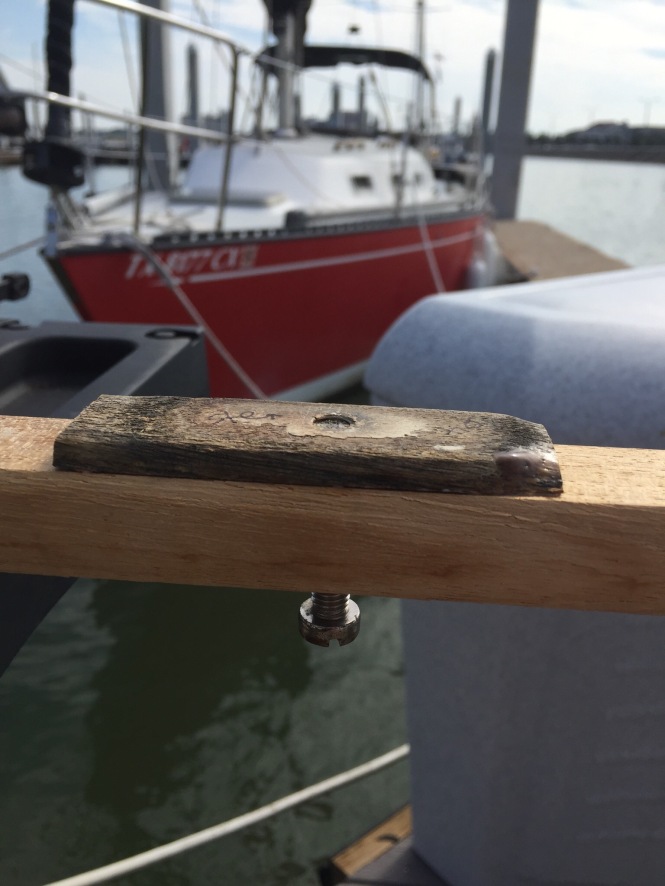 I made a shim to replace the sacrificed one, out of the left-over new wood.

The shims are too long and look shabby, after 31 years. I will sand, trim and shape them next week.

I will shorten each end of the rails, and shape the wood so that it matches the approx 45° slope of the end mounting point, so that sheets, lines and “moving stuff” does not snag on the ends of the rails. 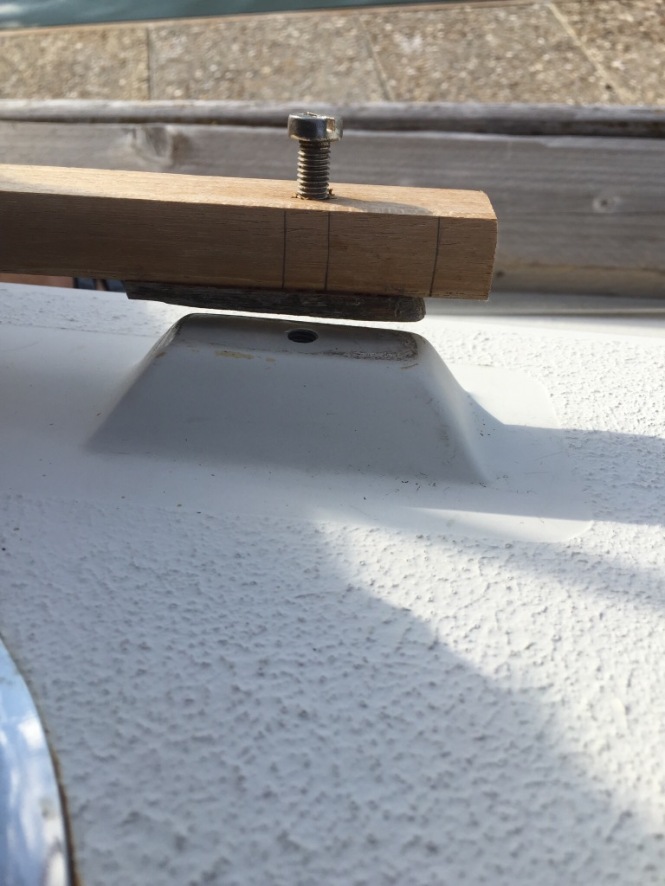 As you can see, I still have to countersink the bolts. I am struggling to find the right shaped router blade or countersink bit. Once I have done that, I need to cut some caps from the left-over teak and, after using sealant (3M, no Silkaflex in the US) to keep the bolts secure, add some more sealant to act as semi-permanent fixing for the caps. 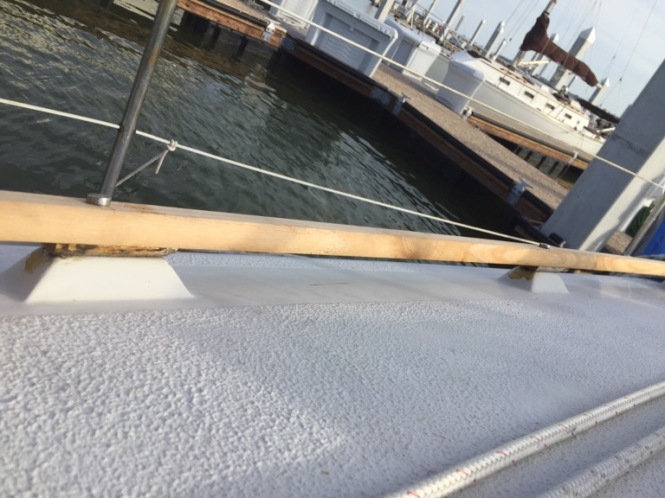 That is the plan, anyway.

I read that teak oil can soften the marine sealant…

Today, I also started to fabricate a wooden case to disguise the holding tank which is on the saloon side of the bulkhead between saloon and heads. I just thought – maybe I could put knobs on it, so it looks like a cupboard! More on that another day.